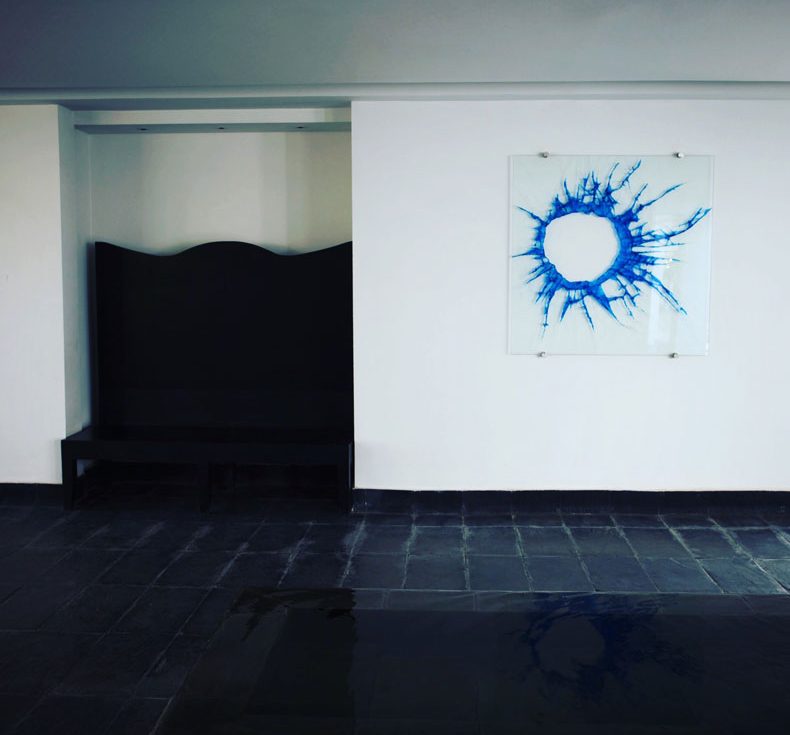 In 2017, after having run his studio from his north London house for two decades, glass artist Yorgos Papadopoulos has returned home, at least partially. But he never had lost touch with Cyprus. Almost all of his works have some kind of reference back to the island, its beauty, its nature and its culture. Hence the title of this exhibition. Cyprus is geographically situated at the crossing of the 35th parallel north and the 33rd meridian east. Not far from that crossing lies a sleepy little village called Kedares which is part of the artist’s ancestral history. It’s where the garage his grandfather used to keep his bus in, has now been turned into a little gallery. But it is also the place where the sloping vineyard with 360º views of the surrounding foothills of the Troodos mountains allows the mind to wander.