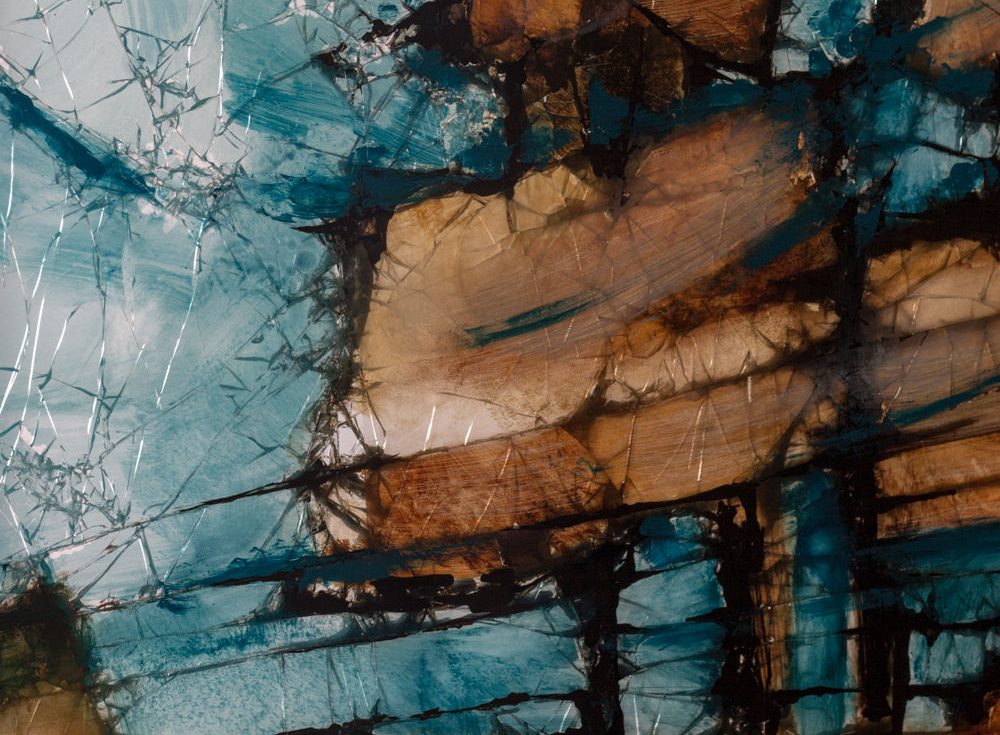 In 2018 a celebrated Shakespeare scholar passed away. The flat he had been living in for more than 5 decades became available. The owner, a good friend and client of Yorgos, thought this was the perfect time for a refurbishment. As a rule the property developer incorporates always a work by Yorgos in any major refurbishment. He used to say that Yorgos’s art gives his properties that extra added value.

The typical London flat has a long corridor leading to the reception room. Because of lack of wall space, the owner requested Yorgos to integrate his art into a door.

To honour the previous occupant of the flat, the owner asked Yorgos to create a work inspired by Shakespeare. For Yorgos this was quite a challenge. He feels more at ease with abstract artistic expression. Nature is the inspiration for most of his more pictorial works. Many works depict a seascape. Therefore the Tempest, the play that famously starts and ends at sea, was the perfect backdrop for an image.

The Tempest got its title from the storm and shipwreck orchestrated by sorcerer Prospero. The ship carried a royal party with whom Prospero had some ‘unfinished business’. The opening scene was too gloomy to be featuring in a living room of a nice apartment. Therefore the choice fell on the final scene of the 5th act. In it Prospero concludes that his adversaries have shown enough regret for their misdeeds and that he can release them from their spell. He invites everyone to stay the night during which he will tell his story. For the next morning he promises them a safe return to Naples.

The title of the work is a direct quotation from the the 5th act of the play. A facsimile of the line in its original typeset of the First Folio as published in 1623, was sandblasted in a little window near the entrance of the apartment.