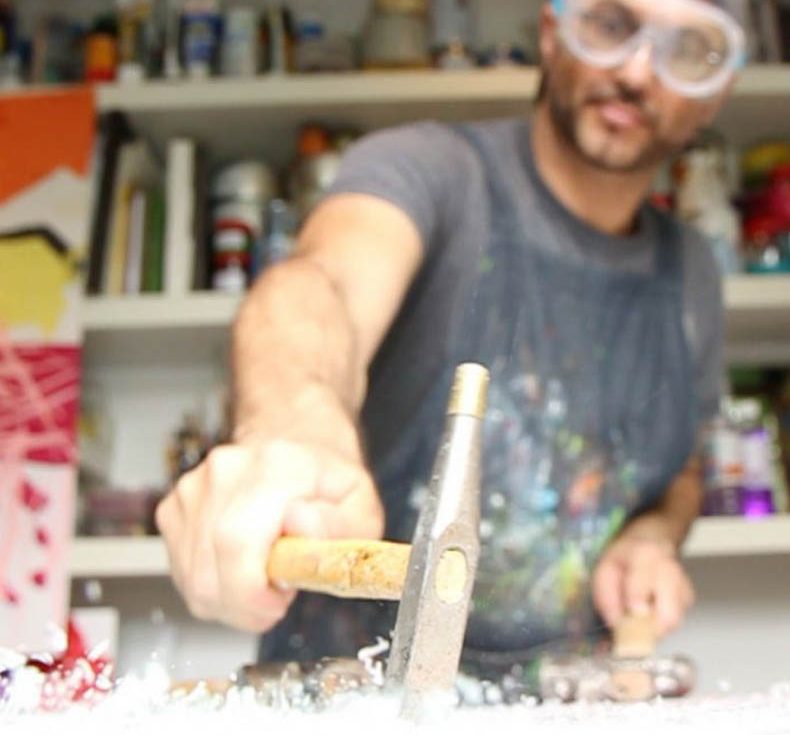 In 1984, at the age of 15, Yorgos moved in with his grandmother in England to further his education. Her house – a charming Arts & Crafts house in a north London garden suburb and today Yorgos’s studio – was the refuge he and his family were given when they fled Famagusta after the Turkish invasion of Cyprus. In 1999, he graduated from the Royal College of Art and embarked on his successful career. It is well known that Yorgos is fascinated by the forms produced in nature, by fluidity in matter, by light and the interconnection of the images they produce with cultural and personal heritage. Less known is his playful attachment to numerical symbolism. 30/15 is for him the mark to open the doors of the house and studio, so full of emotions, of spirit, of art.

“Look in thy Glass,” says Shakespeare to the beloved youth in his third sonnet, encouraging him to procreate. We don’t know what the beloved youth has done with this advice, but Yorgos certainly will not “die single.” The artworks he sometimes intimately refers to as his babies can be found in restaurants, cruise liners, offices, private homes and now even a school.

Come and admire a new body of work based on the tears of wine. Learn a few things about the secrets of his unique technique. Look in a glass or two. Discover the radiance of future installations. Enjoy his “golden time.”