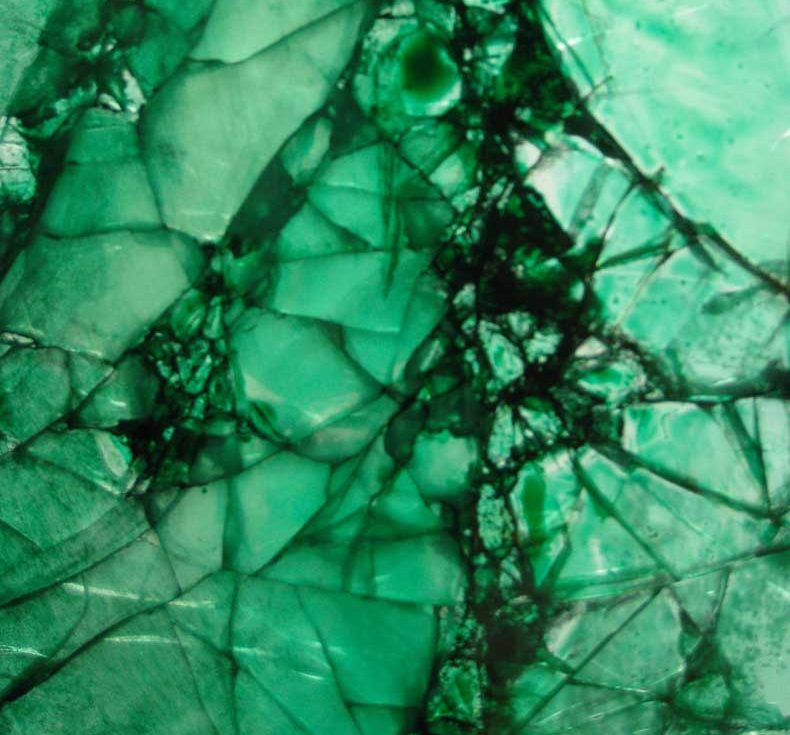 The works of Yorgos Papadopoulos are not only multilayered, both in physical as in metaphorical sense, but in many cases double faced too and in some ways even multi-faced. As featured in this year’s first issue of Detail, a magazine on architecture and construction, the architectural glass artworks often can be seen from both sides. The technique of using laminated glass for breaking and then colouring and texturing the two sides in layers, using various paints and materials as well as methods, followed by re-lamination often creates artworks that can offer a different optical seduction depending on the viewing angles. With changing light or even with changing the viewing position, the artworks will also cast a different image and invoke different appreciations in the viewer. In figurative works, like the New Icons, the two sides can represent two perceptions of the figure depicted, like the Virgin as a glamorous or even sensual mortal woman on the one hand and a mysterious deity “full of grace” on the other.

The bathroom piece described in Detail was commissioned by a property developer in the early stages of the works. This allowed Papadopoulos to work closely with the client and his team of designers and builders to create something that is so dazzling that the functionality of allowing natural light into a bathroom whilst protecting privacy, is easily forgotten.